Your boss sees the photo of you partying too hard. Or she sees you rant about your job. You’re done.

Don’t be the guy or girl who gets fired or expelled for a stupid mistake you made on social media. You’ll just be next on the long list of people who didn’t realize that trouble awaits behind every ill-conceived post.

It is so easy for everything you do and say to be shared with the world. Forever. Permanently. There’s no going back to having private lives, now, so you just have to deal with it.

Remember when you thought Facebook was a safe place for you to just be yourself without parents, teachers, and bosses seeing what you’re up to? Well, social media sites are universal now. Everyone can see everything.

Even if you think your privacy settings prevent people from seeing what you’re up to, the real truth is that it doesn’t take much for anything you share in the strictest of confidence to be made public.

Here’s what happened to famous people who didn’t realize this. (Hint: they weren’t famous first.)

These folks became infamous after their incidents. 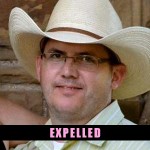 Craig Keefe was a nursing student at Central Lakes College in Minnesota when he used Facebook to make “private” derogatory comments about his classmates. The school nevertheless discovered the comments. Because that behavior violated the school’s code of professional conduct outlines in the student handbook, the student was expelled.

Keefe believed he had protection under the First Amendment to publish whatever he pleased as long as his comments didn’t slander anyone, but that was not upheld in court. 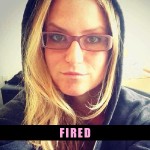 Justine Sacco made a bad decision when she, the lead public relations employee at an advertising company, posted a remark that could be considered racist on Twitter right before her airplane took off. Sacco may or may not have thought her “joke” was racist, but when her flight landed and internet service returned to her phone, she discovered she was fired for quipping about being safe from contracting AIDS in Africa because she was white.

As someone who worked in public relations, she should have known better. Good news for Justine. After only seven months of unemployment, she found another job in communications, working for the fantasy sports company facing legal troubles, FanDuel, according to Sacco’s LinkedIn profile. 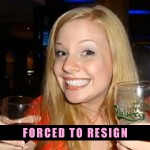 Ashley Payne did nothing more than post a photo on Facebook holding a couple of drinks. Payne was a teacher, and even if she kept her profile private, a parent spotted the photograph, taken and posted several years prior, and informed the school’s administration.

She was asked to resign immediately, losing her job for a photograph that depicted nothing illegal. Even if she hadn’t touched alcohol since that photograph, because someone could find it, she had to face consequences.

You may think none of this is “fair.” Here’s what you can do.

Don’t use social media to complain about your job or school. If your boss hasn’t found you on Facebook yet, she will. And hiding posts from people isn’t the perfect solution because any vindictive “friend” can take a screenshot and make your post public.

Realize the public doesn’t have your “context.” If you joke about racism often, and your friends encourage you for some reason, don’t expect that anyone outside of your group will also consider your thoughts appealing. There are laws to protect employees from being fired for illegitimate reasons, but if your conduct in public reflects poorly on the company, you’ll quickly find yourself unemployed.

Remember you represent every group you’re a part of. When your actions become a news story, whether globally, nationally, or just within a group larger than your closest friends, you become a scapegoat for everything people don’t like.

You’re an adult. You’re allowed to do anything you want as long as it’s not illegal, and — presumably — it falls within your code of morals or ethics. It’s OK to go out and have some fun. But posting and snapping your drunk selfies is bound to come back and bite you in the ass eventually. Especially if it happens more than once.

You do you. But maybe just don’t post about it if you have any concern for future opportunities.

It’s worse when you’re a member of a minority, especially if you are part of a group that isn’t well understood by others. If your skin color is dark, every mistake you make is seen as a failing of all those who share that skin color. If your sexual orientation or identity is not normative, despite diversity within your group, your attitudes could come to represent the entire group for those on the outside.

Does it matter what other people think of you, even if they’re ignorant? Yes. Once your behavior hits the news, your identity from an external perspective will be reduced to any identifying group that you could represent, regardless of the depth of your character. And sometimes you need to be respected by those people as an individual, and a capable, responsible person.

Yes, these consequences can stifle free expression throughout society. The world has opened up, and what used to be private communication now has the potential to get you in trouble. If you freak out when your boss finds your Twitter account or when your students find the Facebook account you use with your middle name instead of your last name, you may want to change some of your online behavior.

Join other #adults who receive free weekly updates.
For a limited time you’ll receive our new book, The Best Bank Accounts for Adults, when you sign up!
That Awkward Moment When They Find Your “Private” Social Accounts was last modified: January 2nd, 2018 by Harlan L. Landes
Tweet72
Pin
Share80
Share
152 Shares