Reading can give you a different perspective or even change your life. These are some adults’ most influential books. 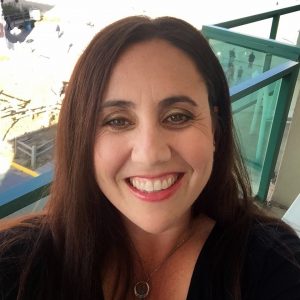 When we think of the things that have influenced us, we think of our parents, clergy, coaches, teachers, and friends. All the usual suspects. We think of people who’ve impacted our lives, our thinking, and our careers, and how they’ve changed us or set us on a particular course.

We think about how they’ve helped us make important, life-changing decisions or encouraged us when we simply couldn’t continue to encourage ourselves. They’ve been there for us when we’ve needed it most.

They’ve been our mentors.

At least that’s how it’s been for me.

Books, as well as people, have profoundly influenced me. There have been books that have come into my life when I needed them most (Start by Jon Acuff and The Happiness Project by Gretchen Rubin, for example) or have appeared and proved their worth years later (The Outsiders by S.E. Hinton is the book that made me want to write) or have simply been there are the right time and place (Late, Late at Night by Rick Springfield. Yes. THAT Rick Springfield). They’ve all served a different purpose and have shaped how and who I am now.

Reflecting on the books, fiction and nonfiction, that have changed me, it made me think that I can’t possibly be the only one who’s been profoundly impacted by books. So I asked some people. And, as it turns out, I’m not alone. Many of my friends and colleagues have been affected by books, too.

Disclosure: Adulting.tv may be compensated if you take action after visiting certain links in this article at no cost to you. We stand by our editorial integrity and would not be linking to or discussing this topic if we didn’t believe it was in the best interest of you, our audience.

Here’s what they recommend:

What’s great about this list is that there’s a variety of topics, covering all types of practical skills and lessons. There’s something for everyone!

How about you guys? Have you read any of these?

What are some books that have influenced you?

Join other #adults who receive free weekly updates.
For a limited time you’ll receive our new book, The Best Bank Accounts for Adults, when you sign up!
The Most Influential Books for Adults was last modified: January 13th, 2017 by Jana Lynch
Tweet83
Pin2
Share15
Share
100 Shares