Hard work, dedication, and focus are necessary for you to succeed at your goals. But it takes more than just grit; there are other important factors, and grit binds them together.

Drake raps about collecting $500,000 to perform after starting from the bottom. The step in the middle is working hard, and he tells his audience all about it.

I don’t care if Aubrey Drake Graham really started at the bottom. He feels he did, and compared to some, sure, I’d agree. He’s not the only one praising his own humble roots. Donald Trump also claims to have modest beginnings, making do with just a million dollar loan from his father.

When Drake and Trump look back on their success stories, they put a strong focus on the hard work, keeping some of their advantages in the shadows. These success stories — and they are “true” stories as much as any perception is true — are about their persistence and defiance against obstacles to build their skills.

Unfortunately, hard work does not always lead to success. There are no guarantees. You could follow every rule in the book and still not get what you want out of life. Anyone who says differently is selling you something.

All who do succeed, by their own definition of success, have put in hard work to get to that point — and they have this thing called grit. Grit is essential, but not the only determining factor, for success. Combine this grit with other factors, and you increase your chances of reaching your goal.

What happens when a challenge prevents you from succeeding as quickly as you’d like — or as quickly as people you’re being compared to — and authorities call you out?

Imagine you’re dyslexic and are having a difficult time reading, and a teacher calls you stupid. How would you react? Work harder to prove them wrong, or give up? Success comes to those who set out to show that they can succeed despite the challenges. Those who persist. Keep trying.

Grit is persistence and self-control. Being in control of yourself gives you the opportunity and freedom to choose a long-term goal and for you to pursue that goal without wavering. When there’s only one thing you want to do, only one way you can see yourself living your life, self-control allows you to stay focused. Self-control also allows you to put aside some quick successes in favor of working towards the larger goal in the end.

Persistence is the fight in you, and it’s driven by your passion. Don’t give up because people say you can’t achieve your goals. Society places obstacles in front of you, and your obstacles might be larger than those that other people have to face.

Life isn’t fair — especially if you’re part of a group that routinely has more obstacles than others. It’s a disadvantage, but there is always the possibility of pushing through, even if the odds are stacked against you.

I grew my first business from nothing, and I eventually grew it to the point where it could sustain a lifestyle well beyond the ability of a day job in a corporate office or in a school as a teacher. It was never that lifestyle I was interested in. I just wanted to create something, a community, and I focused on that long-term goal. A large part of the success was a result of the hard work and focus I put into it over a long period of time.

But I also had these other factors working for me.

Creativity and intelligence factor into success. 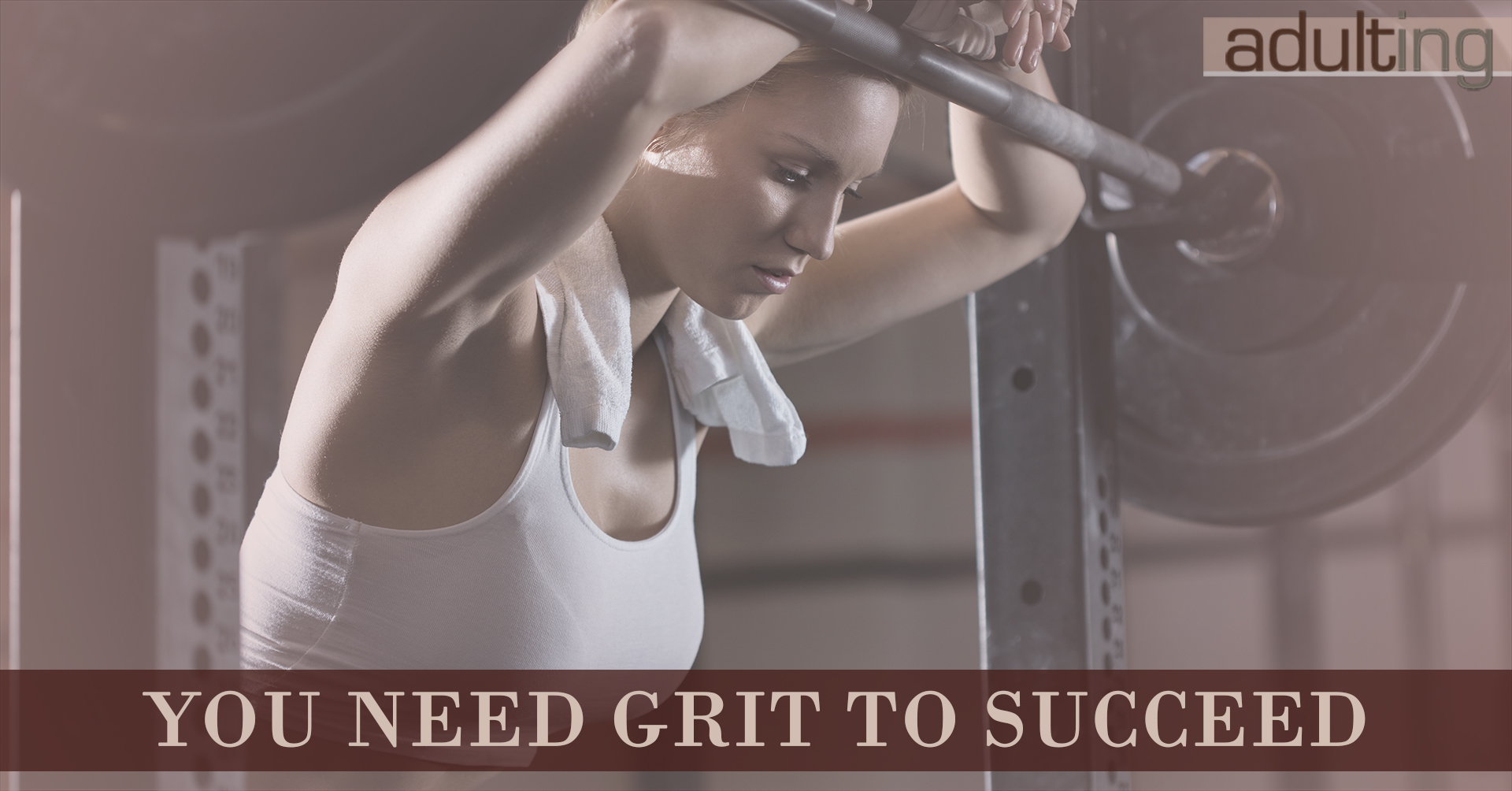 Hard work, determination, focus, and self-control, or “grit,” is still the primary driver for success. Grit is so powerful it can make up for shortcoming in other areas, at least to a point.

Creativity lets you look at problems from a unique perspective. When you fail — and everyone who’s successful has experienced short-term failure at some point — creativity gives you a new way to approach the problem.

Intelligence helps you gather knowledge along the way, so you develop insight that helps you make better decisions. It helps you make connections between different concepts. Some of the most successful people use creativity and intelligence to come up with business ideas and strategies that are unique, and they do this by taking good ideas from one experience and applying them to another.

And they test. Testing concepts over and over, in different permutations. That’s grit interacting with creativity and intelligence.

Although not as important as grit, luck and opportunity play a big role in being able to reach goals. Unfortunately, these two concepts are often downplayed by people who are successful. In general, we like to feel that a good outcome is a direct result of things we can control like how hard we work, and that a bad outcome is a direct result of things beyond our control like bad luck, the lack of opportunity, the weather, traffic, culture, or insert your favorite excuse here.

“I built it” is the story we like to tell, because it’s more interesting, and makes us feel that we have had a direct impact on our ability to reach out goals.

But success is always a combination of things within our control and outside of our control.

Some people are in the right place at the right time. I started writing about finances a few years before the stock market crashed. When the economy fell apart, throughout the world, more people were looking to discuss saving money, earning more, and investing. Since I had already established my community, people found me. Advertisers found me.

Some people might say that I was particularly skilled at setting myself up for an opportunity that would be coming, but I didn’t know when the economy would crash. I didn’t know if I’d be ready to reach as many people as I did. Luck played a part. But I recognized the opportunity and jumped on it.

And I didn’t give up when the numbers of competitors increased. Instead, I looked for partners and worked harder and came up with creative solutions to drive my community and business forward.

A good combination of all of these factors absolutely makes your goals much easier to reach, whether these goals are related to business and financial success, fitness and athletics, creative fields like music, or even education. If you want to be able to put “Doctor” before your name, you can be sure you’ll need a mix of all the above. But grit binds everything together, and without that, long-term success will continue to evade you. 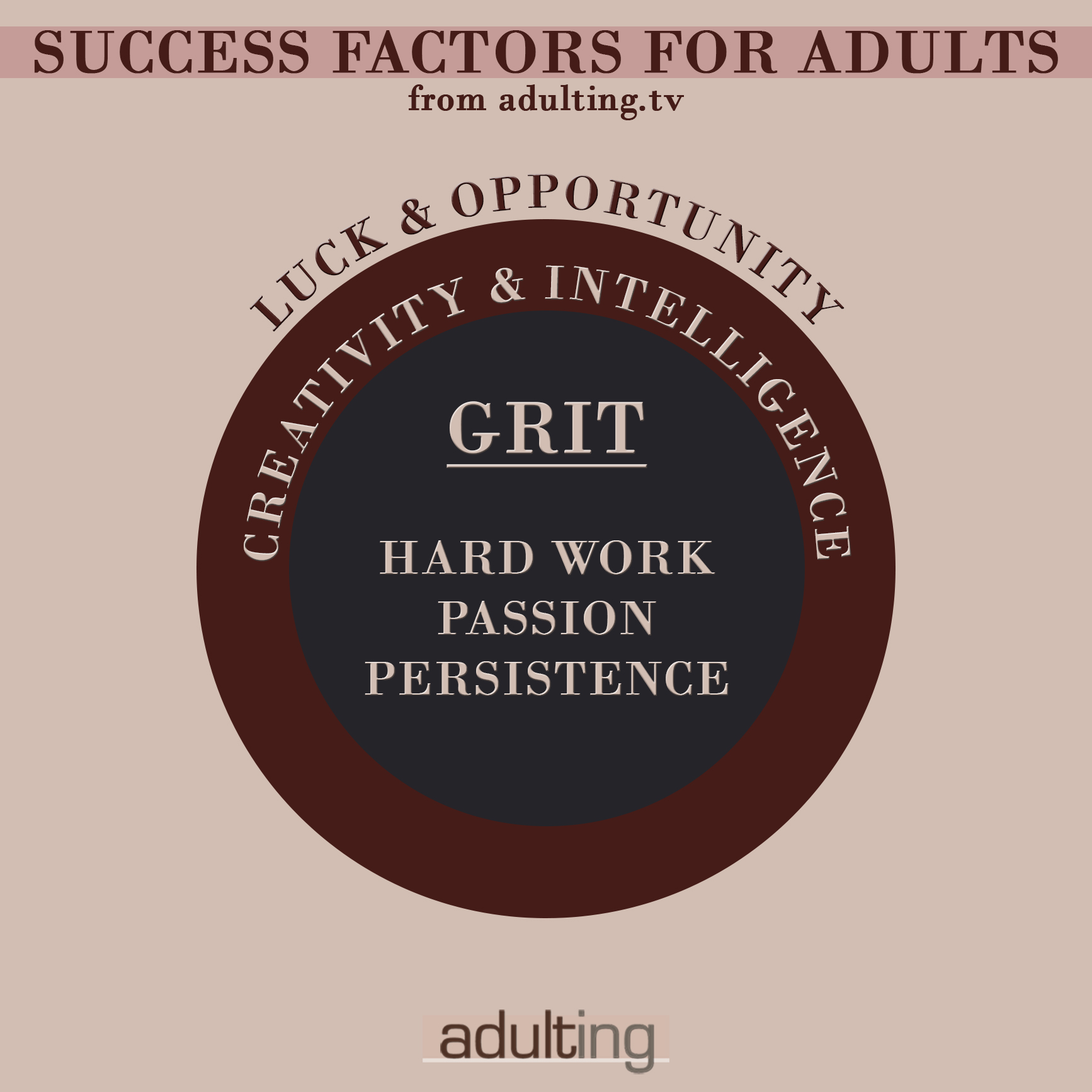 Join other #adults who receive free weekly updates.
For a limited time you’ll receive our new book, The Best Bank Accounts for Adults, when you sign up!
You Won’t Reach Your Goals Without This One Key Factor was last modified: January 13th, 2017 by Harlan L. Landes
Tweet76
Pin
Share14
Share
90 Shares